"The finest Orientalist of his generation" (Wall Street Journal) rewrites everything we thought we knew about the modern history of the Islamic world. 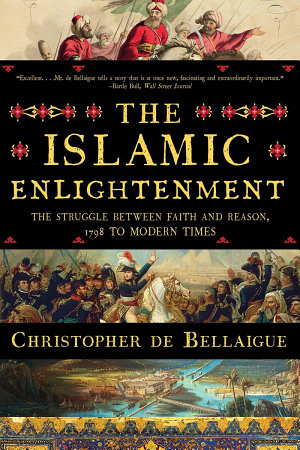 In this "stylishly written, surprisingly moving chronicle" (Harper's), Christopher de Bellaigue presents an absorbing account of the political and social reformations that transformed the lands of Islam in the nineteenth and twentieth centuries. "The best sort of book for our disordered days" (Pankaj Mishra), The Islamic Enlightenment "is at once new, fascinating and extraordinarily important" (Wall Street Journal) as it challenges ossified perceptions in Western culture that self- righteously condemn the Muslim world as hopelessly benighted. This false perception belies the fact that Islamic civilization has long been undergoing its own anguished transformation, and that the violence of an infinitesimally small minority is the blowback from this process. In reclaiming the stories of the "fascinating . . . individuals who would grapple with reform and modernization" (New York Times Book Review), de Bellaigue's "eye-opening, well-written, and very timely" (Yuval Harrari) history shows the folly of Westerners demanding modernity from people whose lives are already drenched in it.