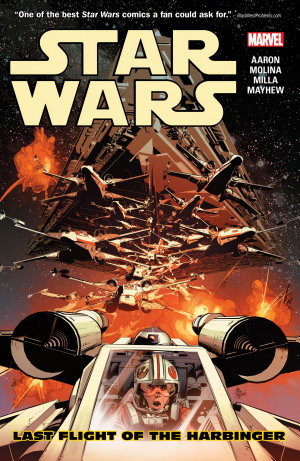 Collects Star Wars (2015) #20-25. Marvels epic exploration of the Star Wars galaxy continues! Take a walk on the dark side with Sgt. Kreel and an elite group of Imperial soldiers aboard the Star Destroyer Harbinger! Its a nigh-indestructible weapon of war. Its also the target of the rebels new top-secret plan. Never afraid of defying the odds, Luke Skywalker, Han Solo and Leia Organa are determined to make this the Harbingers last flight! But Kreel and his SCAR Squad specialize in taking down rebels  hard! Let battle commence! Plus: Jabba the Hutt has a problem, and hes hired the Wookiee bounty hunter Black Krrsantan to solve it. But a certain old hermit of the dune wastes might have a little something to say about it. Then, R2-D2 goes solo!